I’d like to share an early build of a game/demo for the Oculus Rift that I’ve been working on for the past couple weeks. 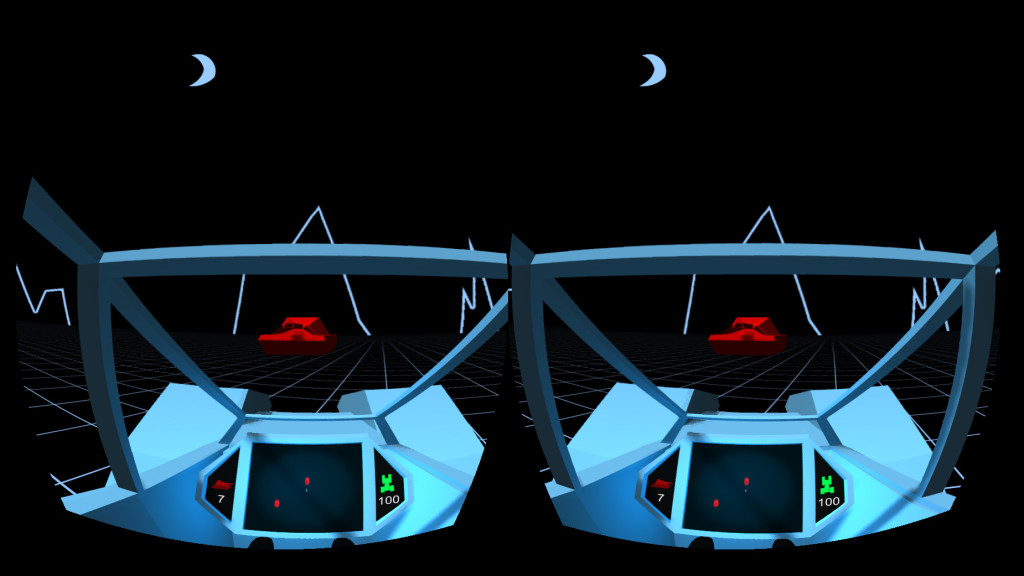 vrTANKS is an arcade-style tank simulator. Your goal is to destroy as many enemy tanks as you can before being destroyed yourself.  Pilot your tank using an Xbox controller or keyboard – tank weapons fire in the direction you are looking.

vrTANKS was built from the ground up specifically for the Rift, so I hope you guys like it!  Give it a go and let me know what you think.  I’ve got some ideas for future development (better models, additional enemies, alternative settings, powerups, etc), but I’d like to get some feedback early on to see if it is worth taking the idea further.

Tips: keep moving, and be on the lookout for special enemies!