NASA’s Cloud-Aerosol Transport System, or CATS, is a lidar remote-sensing instrument taking measurements of atmospheric aerosols and clouds from the International Space Station (ISS). Launched to the ISS in January 2015, CATS is specifically intended to demonstrate a low-cost, streamlined approach to developing ISS science payloads. The CATS mission extends the data record of space-based aerosol and cloud measurements to ensure the continuity of lidar climate observation. 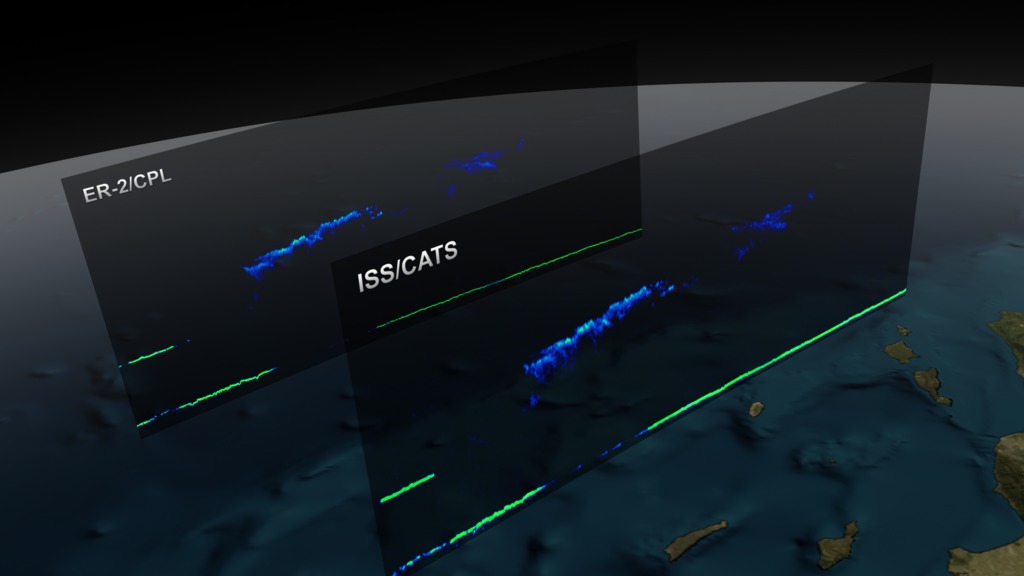 In order to compare data from CATS and previous lidar missions, the science team coordinated simultaneous measurements with a similar instrument, the Cloud Physics Lidar (CPL), flying underneath the satellite on an airplane. This visualization shows one of the under-flights used to check the calibration of the CATS instrument. As the ISS, carrying the CATS payload, passes down the west coast of the United States, an ER-2 aircraft, carrying the CPL, flies underneath and both measure the same clouds at the same time.

Data was processed in IDL, modeled in Maya, and rendered using Renderman.