On July 20th, 2014, Malaysia Airlines flight 17  was tragically shot down over the contested region along the border between Ukraine and Russia, killing all 298 civilians onboard.  It is believed that a surface-to-air missile was used to bring down the aircraft.  In an effort to help tell the story as information was being published in the news, I created these multimedia materials.

I created this image for publication on AGI’s blog in the hours after the crash.  At that time, it was still uncertain what type of weapon system was used, so the purpose of this graphic was to compare altitude capabilities of several missile systems rumored to be in the area.  The top of each dome represents the max altitude for a specific system. 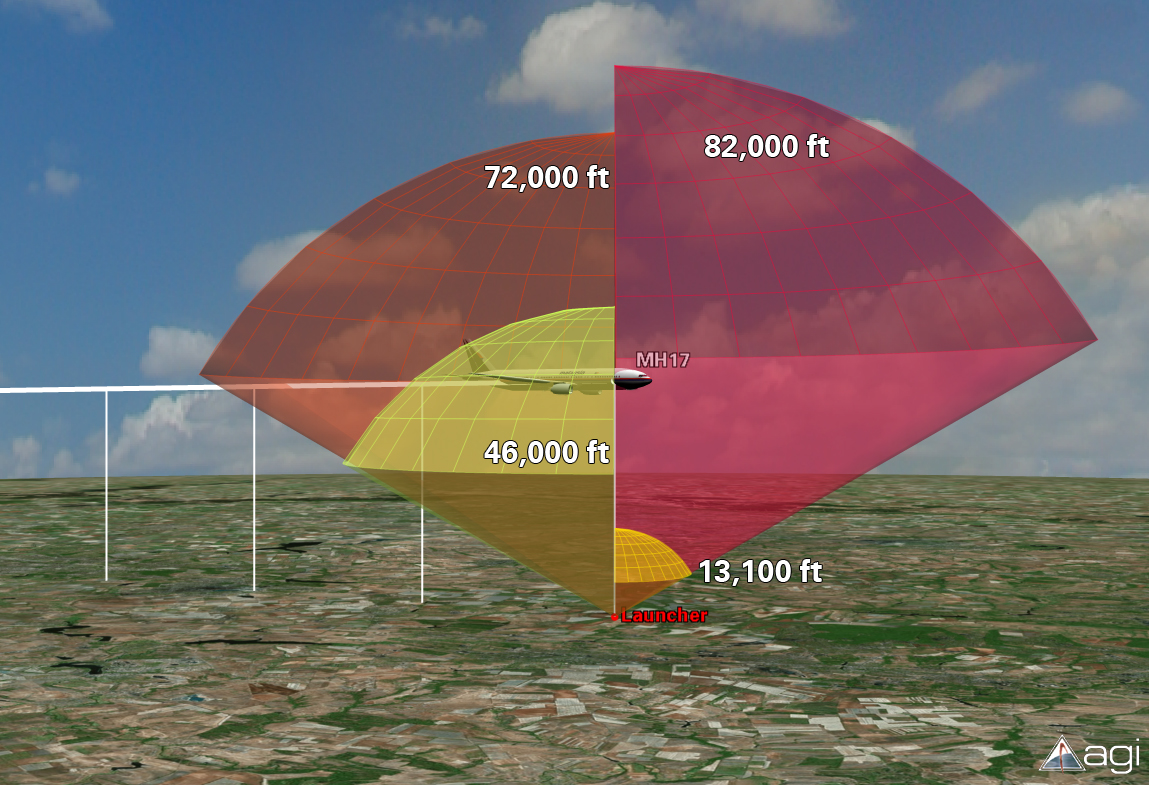 This image was created using publicly available flight data that tracked MAS17 from takeoff until the moment it disappeared from radar (14:15 GMT). 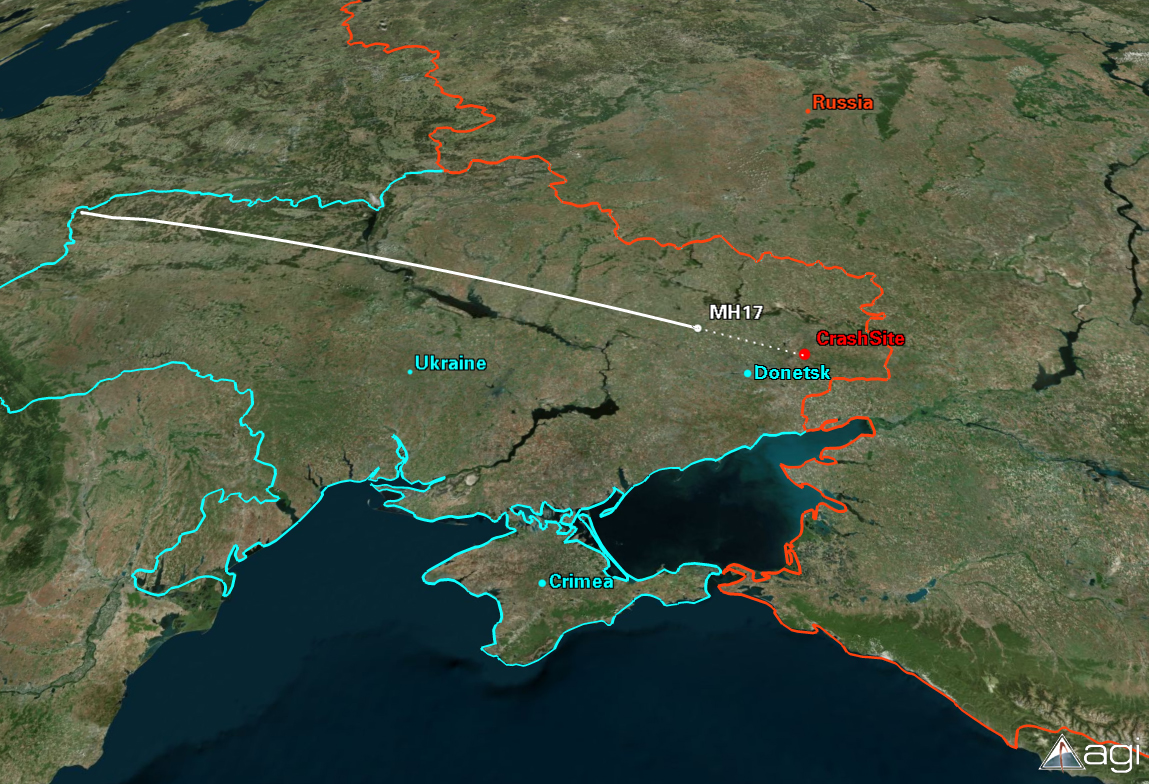 The next day, it was widely theorized that the specific weapon used was a Buk surface-to-air missile system.  I created this short video to describe the range and altitude capabilities of this specific weapon system.

My heart goes out to anyone affected by this horribly tragic event.